This is a story about ONE versus MANY, a nobody, standing up to a powerful Washington DC establishment, and seeking justice to be served. A man who have gone through the ODDS and kept on moving mountains with just ONE voice. An American, who refuse to let HATE win the future even, if he is standing all alone.

Aldous Mina, is the son of legal immigrants, who gave up everything to immigrate to America, in search of a better future for the family. Both parents took on menial jobs in order to support three children….. Aldous, was the middle child. The family lived in poverty below the average income for the same size family in the US, in Virginia.

With this, Al persevered and borrowed money so, he could go to college and fulfill his life goal in serving in the US Peace Corps and eventually in the civil service. Aldous’s life as a financially struggling college student was specially difficult. He had to work and go through the stress of not having enough funds for school, which is simply not the ideal situation to be in and learn. He had to take semesters off in order to save and continue schooling. There have been times when Al, was not allowed to eat in the cafeteria at LIBERTY UNIVERSITY A CHRISTIAN COLLEGE IN LYNCHBURG, VA because he couldn’t completely cover his matriculation.

Aldous’s parent’s relationship was also fast eroding during the time Aldous, was in school which exacerbated the already difficult time in his college career.

Aldous, went through all the odds in order to commit to his GOAL of obtaining an education and be able to contribute to society. He was active in the local community serving the less fortunate members of the Lynchburg, Virginia immigrant society, he was also a volunteer at a local church and various other community service organizations.

Upon graduation, Aldous, decided to volunteer in the US Peace Corps in Romania, where he worked with various student organizations, NGO’s, local business organizations, marginalized communities and economic development institutions. Al was not paid a regular salary, but was given a stipend in order to live and work in the country for twenty-eight months. He endured all sort of challenges, but persevered in his task and community commitment.

Upon completing his tour, Aldous, elected to stay for a few more months in order to complete pre-existing projects in the country and paid for his living arrangements out of pocket. He wanted the locals to know how committed Aldous, and the United States was in promoting solidarity between the US and Romania.

Upon returning to the US, Aldous, took on temporary assignments and later transferred to serve in the federal government in August 2011. Aldous, was the only person in the DC field office from an Asian/Pacific Islander background. At the onset of his term, people of African decent would make him feel unwelcome.

Aldous was not given the same opportunity to succeed as the other new hires within the department who happens to come from an African background from the Caribbean and Continental Africa. But rather, he was the target by the staff of African decent. Aldous endured racism and discrimination for the whole duration of his employment with HUD, 2011-2012.

Nearing his term of completing the year, Aldous was told that he was going to be terminated. Not wanting to have a negative record Aldous, elected to resign, though he stated in his resignation letter that he had been going through exceptionally difficult times as a result of his treatment at the DC Public and Indian Housing field office. WHICH WAS COMPLETELY IGNORED BY HIS SUPERIORS.

Aldous Mina, is a SURVIVOR of Institutional Racism and Discrimination in the hands of people in government that has authority and power. The political appointees who managed HUD, merciless neglected the effects to Aldous’s  professional, psychological, emotional, and financial well being.

With this Aldous, persevered and has continued his quest for JUSTICE, so that others would learn from his story. Aldous’s desire is to provide the next generation of  AMERICANS the freedom and right that he himself was never afforded by those he trusted. HISTORY did not teach America the gravity of hate and adverse effect of hatred toward an individual. Aldous took on HATE, in order to help rid the next generations of Americans of this destructive effect on people. Racism has NO future in America and Aldous’s contribution’s will be shared for others to remember is this blog’s purpose.

(Aldous Mina, decided to go forward with his story in order to help save the next generation of Americans from the debilitating effect of racism. He is also determined to curb the effects of racism to the US economy, and specifically to save the US tax payers millions of dollars being wasted in US individual earning potential and economic (GDP) growth as an effect of institutional racism and discrimination in the workplace. Aldous, is NOT out there to blame a specific race or point a finger at a group of Americans……WE ARE ALL IN THIS TOGETHER and he wants his story to help heal America and catapult our country to an economic and social beacon for others to follow).

YEARS OF FIGHTING FOR A BETTER AMERICAN FUTURE FOR ALL AMERICANS~

This correspondence is an exhibit as proof of Mr. Mina’s, quest for a formal investigation to be initiated. He was NEVER given the opportunity by HUD the agency, HUD EEOC arm of the EEOC Agency, to have his case reviewed formally and a day in court established. (During the Obama Administration)

(Mr. Forbes district was re-districted and he loss the election afterwards) 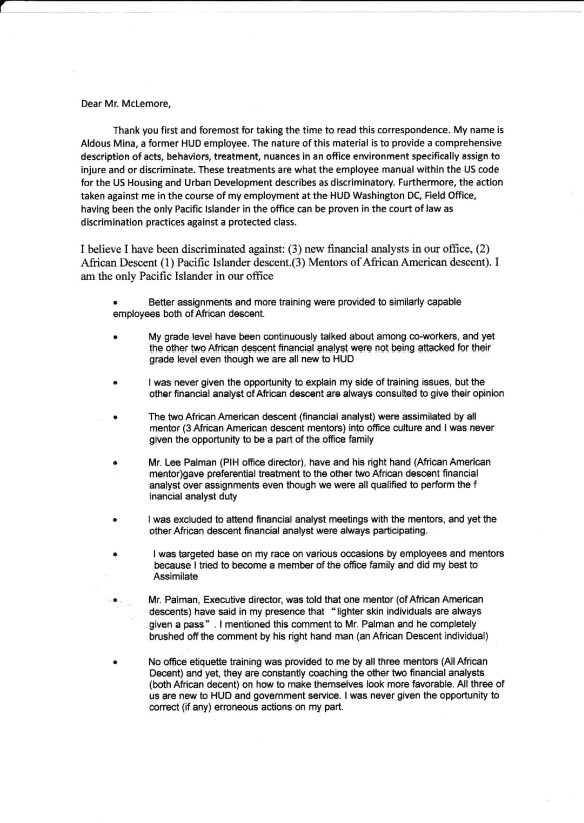 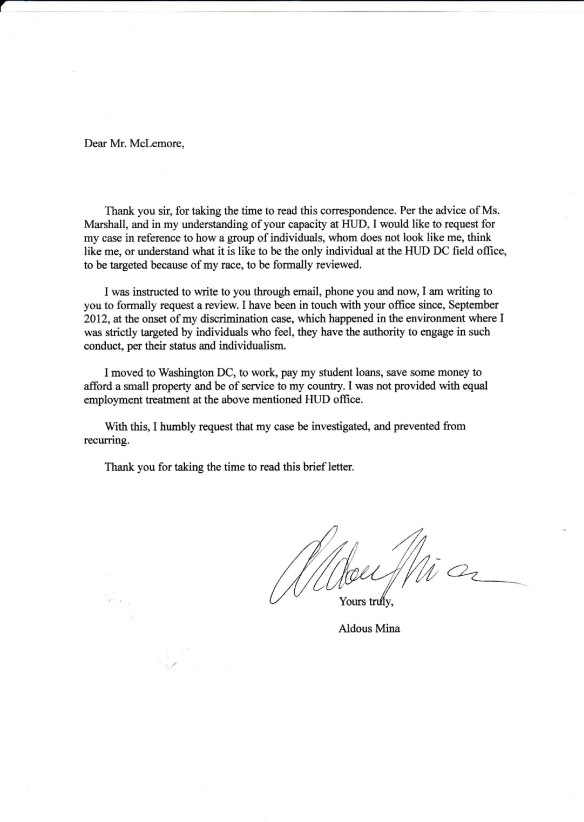 Email from the Obama Administration. Nothing was done about the case. 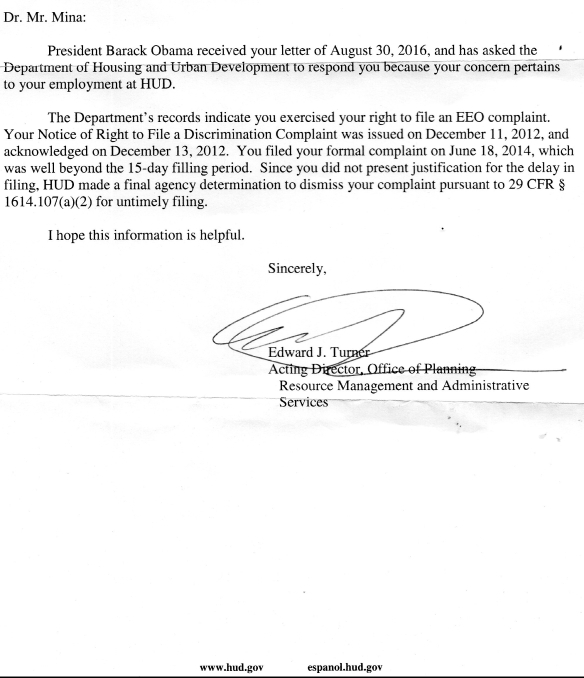 NO FORMAL INVESTIGATION WAS CONDUCTED BY HUD AND OBAMA ADMINISTRATION DISMISS THE CASE. 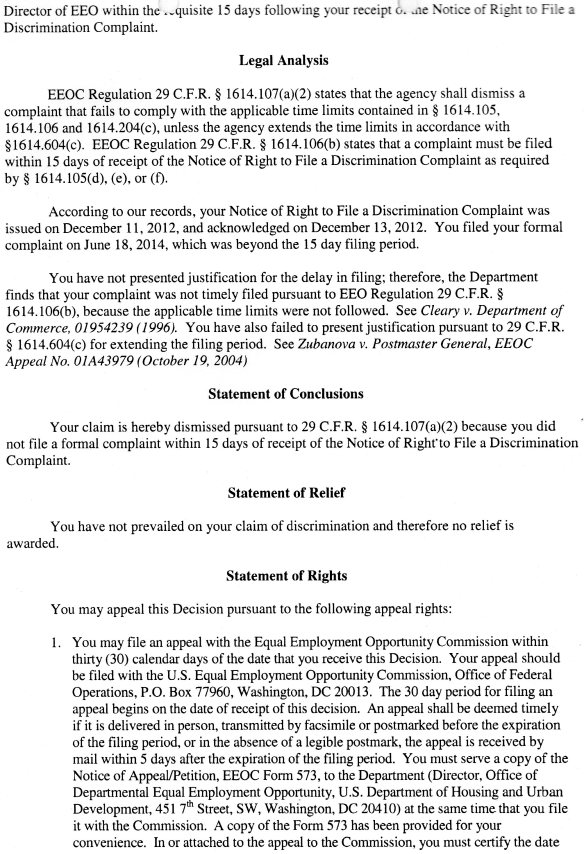 Upon completing Aldous’s, service he was presented this certificate as proof of his commitment, values, and desire to serve in the Peace Corps. The Obama administration forgot about Mr. Mina’s contribution when he elected to request assistance. 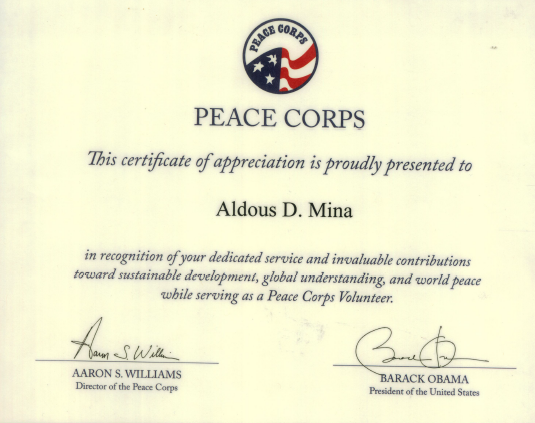 But when an African-American was oppressed a “Beer Summit” was hosted by President Obama? 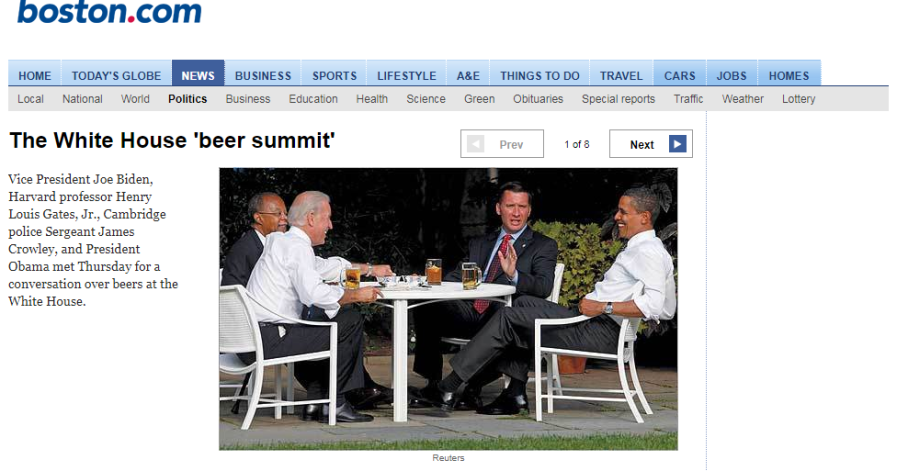 Al Mina’s student loan was doubled by the US Department of Education and Navient.

Loan was sold and resold to the highest bidder. 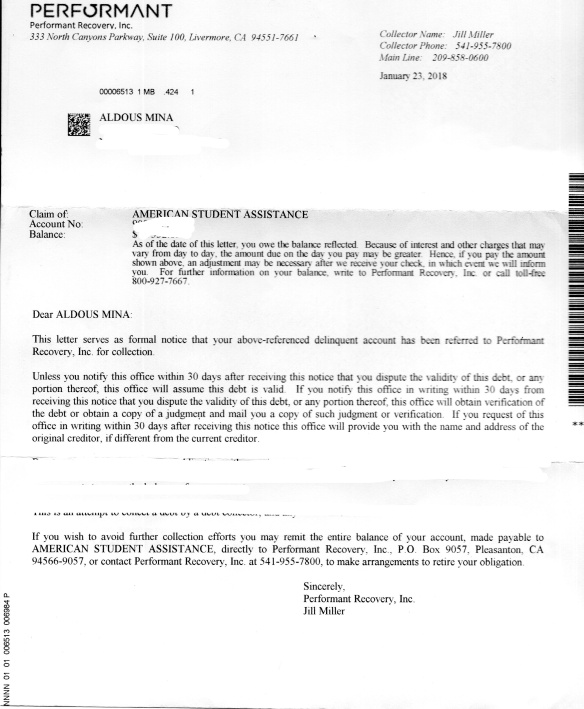 NO MERCY WAS GIVEN TO ALDOUS MINA, by those who have authority and power in America.

Most recent attempt for assistance from the new administration.

HUD SECRETARY Dr. Ben Carson, have yet to formally respond.

HUD’s Answer to the Letter Submitted to Secretary Carson. Review their reference to Al Mina’s signature and scroll up on this page to see Al Mina’s actual signature. (Institutional Racism and Workplace Discrimination in full display) 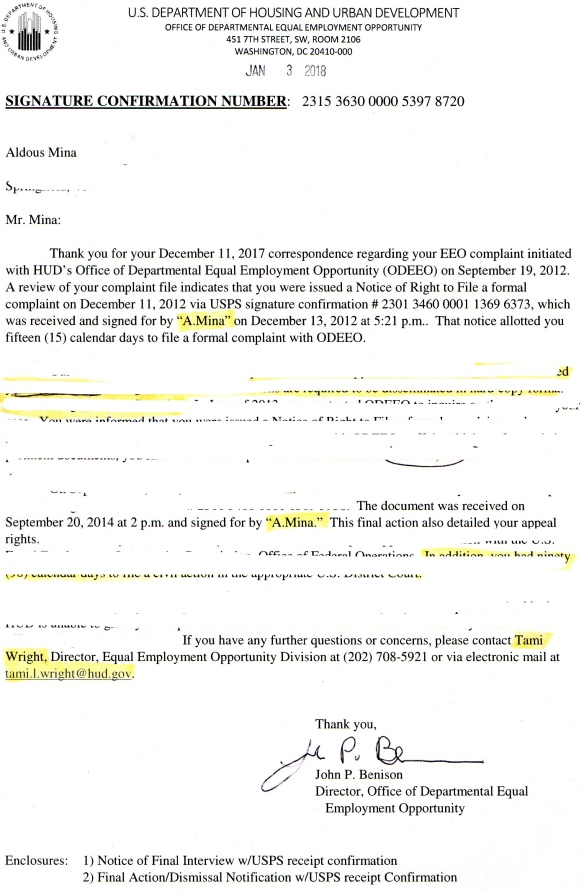 Request for assistance from the Democrats: 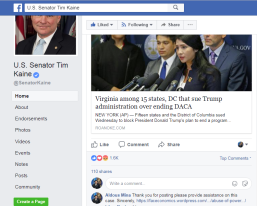 Department of Housing and Urban Development NOT an Equal Opportunity Employer 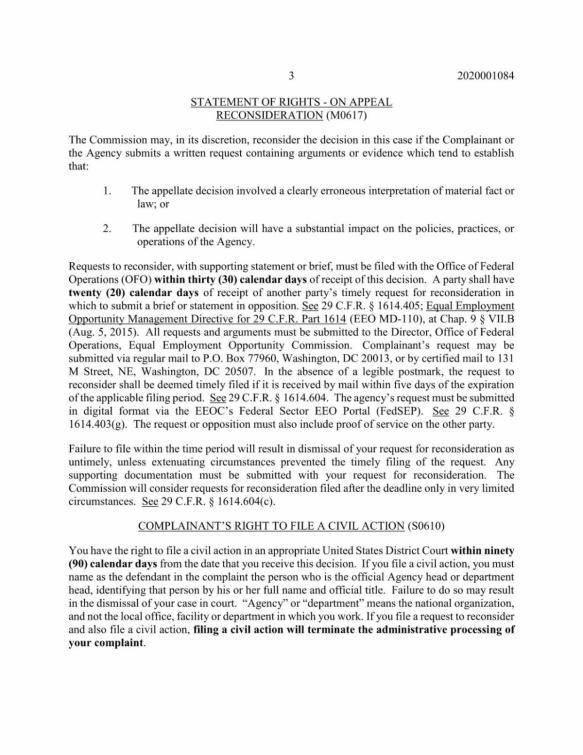 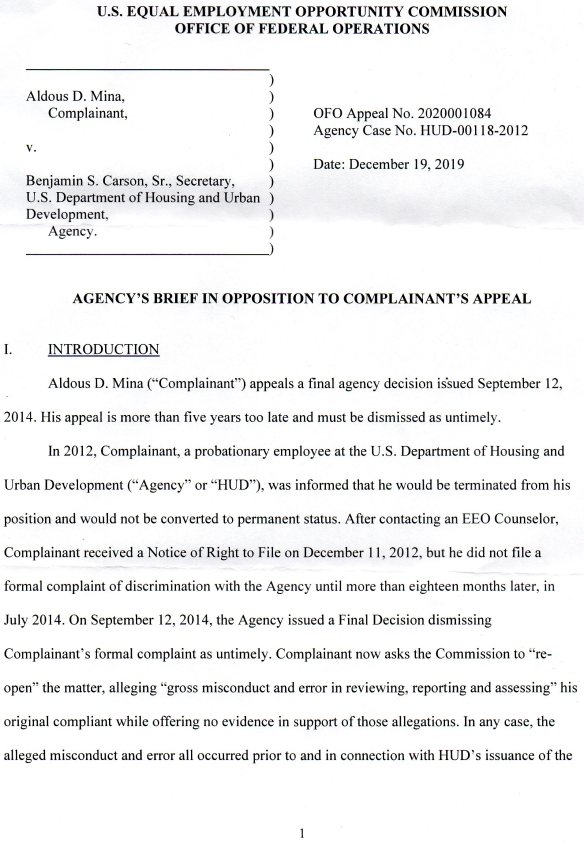 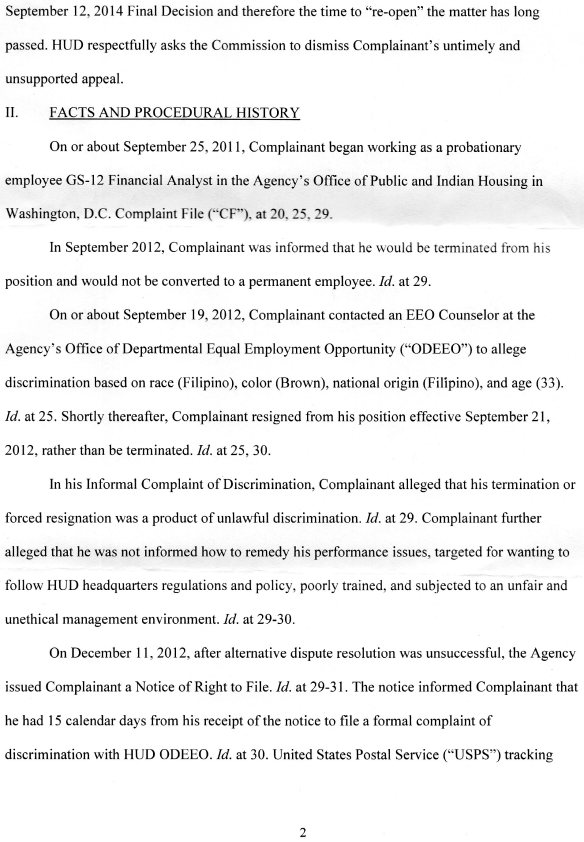 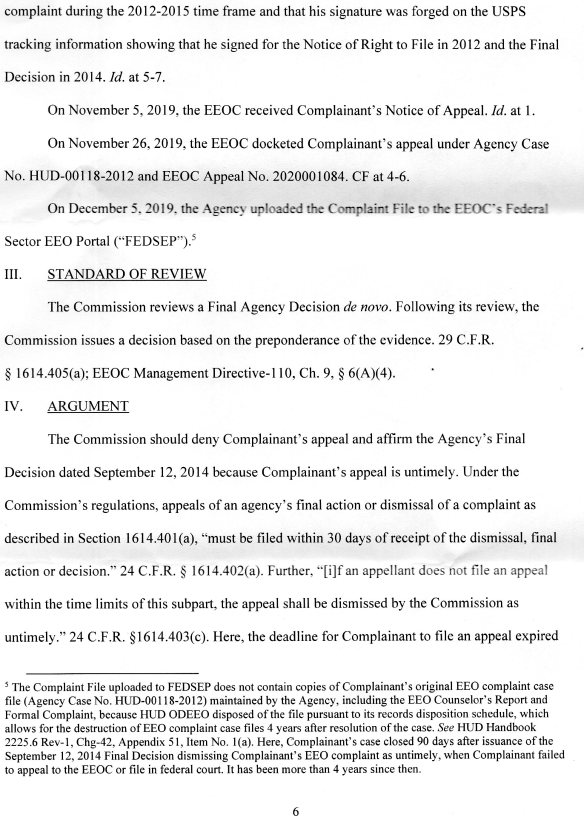 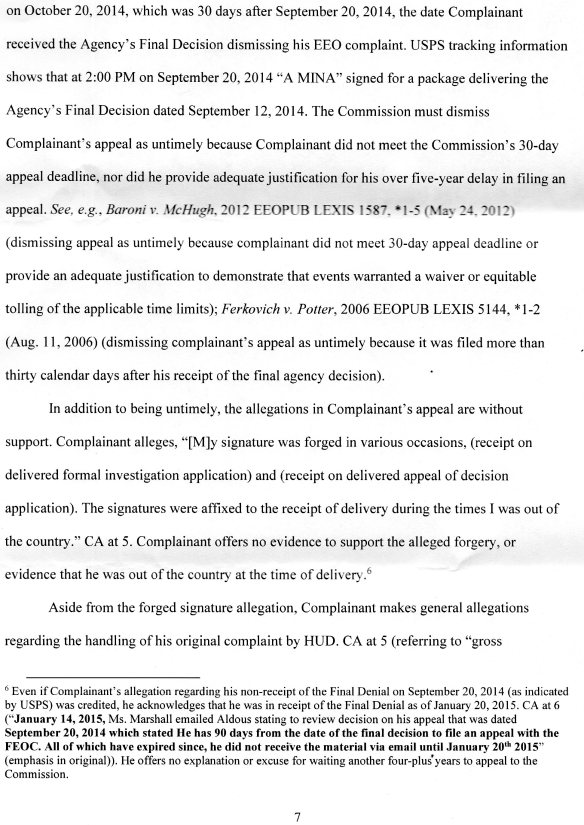 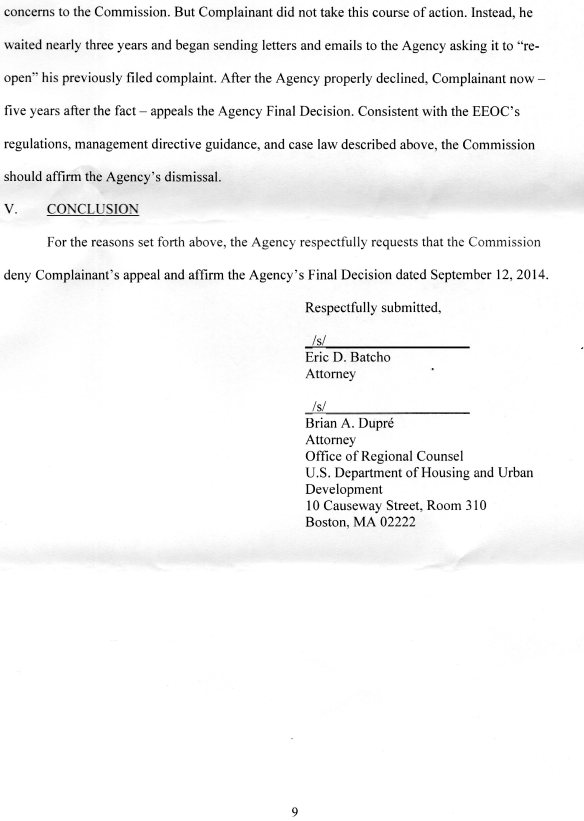 YEARS OF RACISM IS PROTECTED AND PRESERVED AT THE US DEPARTMENT OF HOUSING AND URBAN DEVELOPMENT……Years Al Mina, has been waiting for justice to be served.

Let your Light Shine Even If You are Standing All Alone~

THIS IS HOW A NOBODY LIKE Aldous Mina, IS TREATED IN THE UNITED STATES OF AMERICA